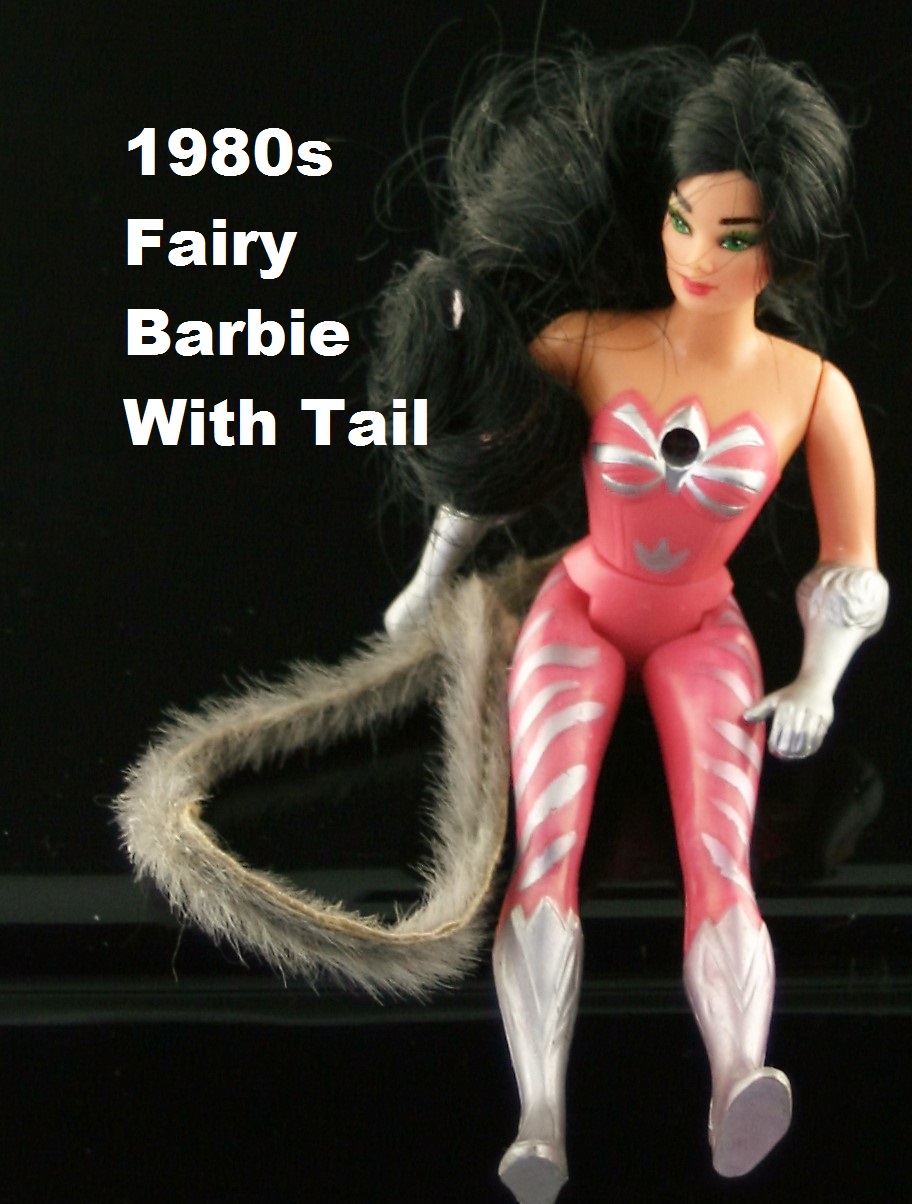 Don’t be that seller. The one who lists a “Barbie made in 1966” in the vintage Barbie section — any Barbie collectors reading this are already cringing, because they’ve all seen this listing: 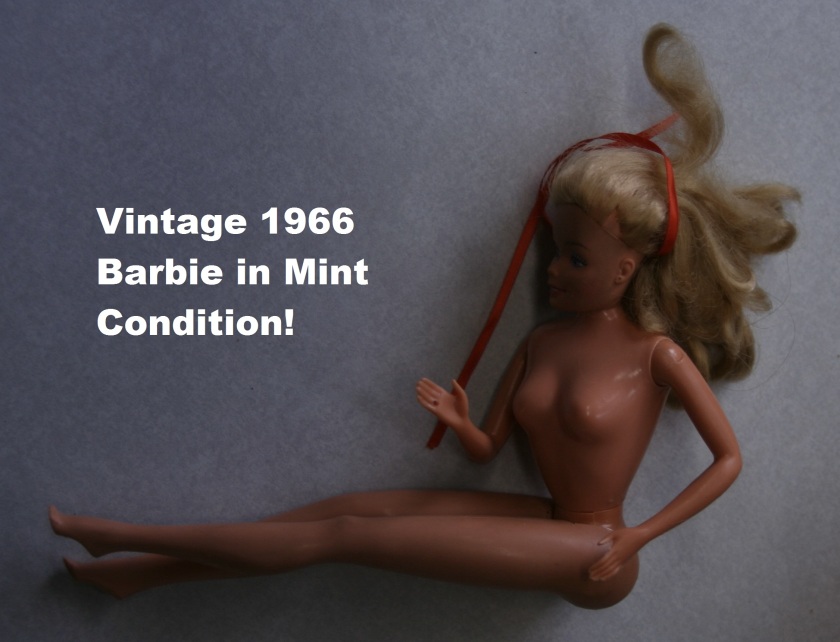 And, no, that’s not a vintage doll, she’s far from mint, and the photo is so bad that making a correct identification is next to impossible for the average collector. (And yes, before somebody comments, I do know that is a Superstar era Crystal Barbie with bad hair, a busted knee and a broken neck.)

The deal with dating Barbies is that many older dolls (pre-1999) have a “1966” tramp stamp. This is a patent date, not a date of manufacture, but many amateur sellers have a vague idea that Barbies from the 1960s are valuable and they think they’ve found a lottery ticket when they see that date. Then they list the dolls (often in poor condition) on eBay for a small fortune … and wonder why they never sell.

Don’t be that seller: The one who thinks they have something rare and valuable, and doesn’t, because of false assumptions. You need to identify what it is you’re selling. You will only waste your time and listing fees, and annoy buyers, if you list items as vintage/valuable/rare when they are not.

On the flip side, you don’t want to be this seller either: 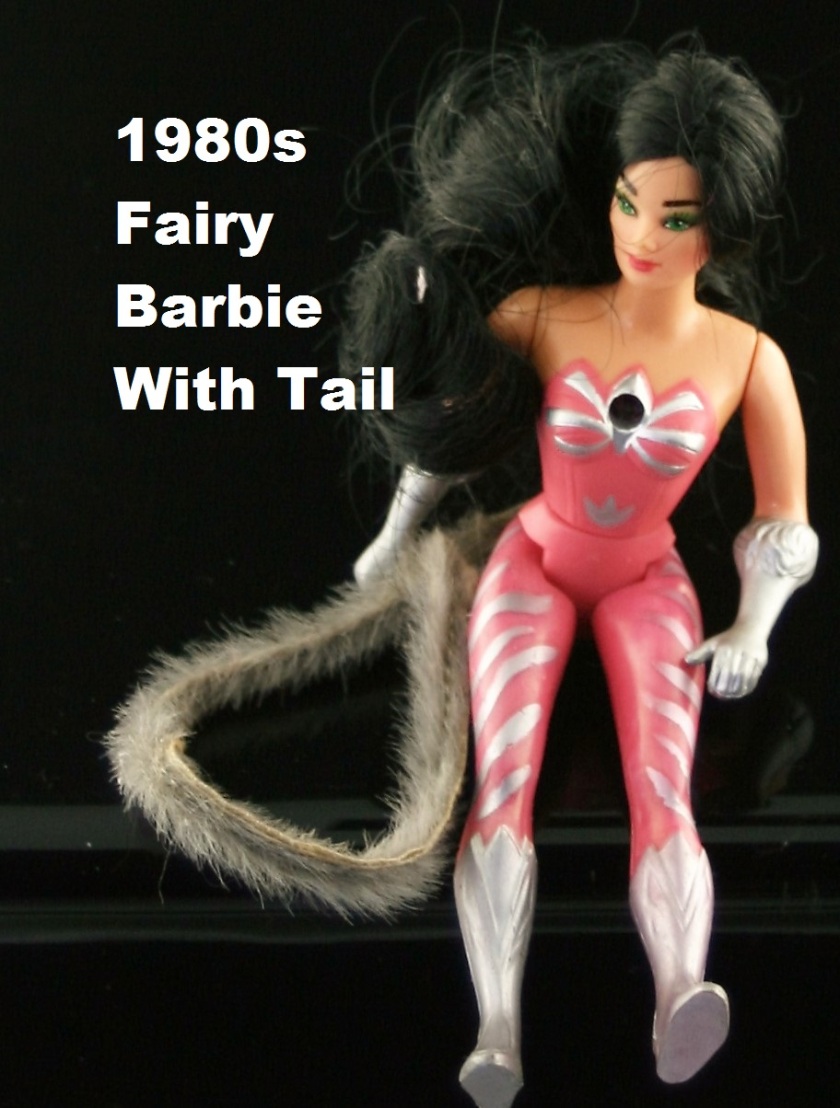 I actually bid on, and won, a large lot of “1980s Mattel Fairy Barbies and Horses” a few years back. I got enough dolls and accessories to fill a large flat rate box and I paid what amounted to lunch money. I then made a tidy sum flipping them with the correct descriptions. They were She-ra figures, and were worth far more if they had been correctly identified. The above figure is Scratchin’ Sound Catra, and the only relationship she has to Barbie is that both are made by Mattel.

Had the seller taken the time to correctly identify the figures and listed them in the correct category (action figures, not dolls) they would have gotten several hundred dollars for the lot. This was a few years back, and She-ra toys were very hot then.

Don’t be that seller.

Identify your stuff correctly, because if you over price items it’s a waste of your time (and you will piss potential buyers off) and if you fail to identify something that IS valuable, you can lose quite a bit of money.

So, how do your ID stuff?

First off, you need a basic idea of what it is your selling. If you have absolutely NO clue what it is (and believe me, I’ve been there when it comes to random action figures and anime characters) there are a couple of forums on eBay itself with helpful users, one for toys and one for dolls. People  pop in all the time to say, “What the heck is it?” And usually get reasonably accurate answers. Other options for getting a general idea of what something is include asking friends and fellow fans, quizzing the nearest six year old, and searching Google Images or eBay with a general description of the item.

Don’t feel silly if you have something that you simply can’t identify. It’s fairly common for people to have unidentified childhood toys. I also can’t tell you how many lots of stuff I’ve bought on eBay that have unrelated widgets in them — the She-ra lot I mentioned above had a rather random assortment of other 1980s toys mixed in, including a Moon Dreamers lion. If you collect one type of widget, you will probably accumulate plenty of random unrelated other widgets that sellers bundled in.

Once you have a general idea of what you have, you can then research it further. I happen to already know that this figure, which I’m using as an example throughout these articles, is a Hasbro Littlest Pet Shop animal. 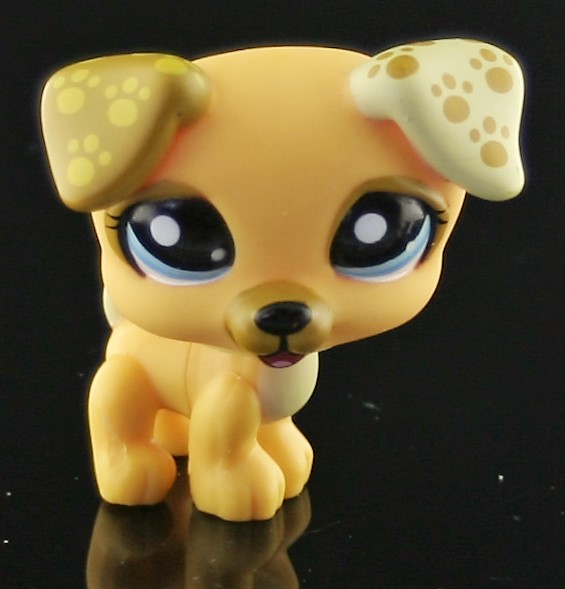 If I didn’t have a clue what he was, however, I would go here and politely ask for an ID:

Use the above board for random toys, action figures, and other widgets. The parallel board for dolls is here:

Since I already know my critter is a Littlest Pet Shop animal, I’m off to eBay to narrow the identity down further. This is important. You want to be precise with your ID, because sometimes a very minor variation can spell the difference between a common item worth a few bucks on a good day and a super rare item worth a small fortune. And yes, it’s entirely possible that your widget could be one of those rare items — I see it happen all the time. Not likely, of course, but check!

A classic example is the difference between a 1960s bubblecut Barbie and a 1960s sidepart bubblecut. A regular bubblecut is worth less than $100. A sidepart will typically sell for several hundred dollars, depending on condition. The difference is simply hair style. Most genres of collectibles have similar examples — ask My Little Pony collectors, for example, about foreign market ponies!

Typically, I search for identifying characteristics to start with. For this puppy, I was in luck because a  search for “Littlest Pet Shop Yellow Dog Blue Eyes” on eBay got me results in the first row:

There’s the same dog — all the details are the exact same — on the far right. I’m paying attention to color, paint details, exact shape of the mold, and any other differences. The animal has the same pose, for example, and the highlights in the eyes are the same. It is identical in all respects.

Please note that you do not necessarily want to trust other sellers on eBay to identify anything correctly. I have, many times, seen bad info go viral on eBay. One seller misidentifies something, then a hundred other sellers assume they’re right … However, you are usually reasonably safe if there are a bunch of people with the same ID. Use your best judgement and consider verifying the ID with a google images search or on collector websites, or with real world books.

A search on eBay for “Littlest Pet Shop #1496” pulls up a whole bunch of examples of the same animal.

So yay! The little yellow puppy has an ID that I’m comfortable with.

Now, if you can’t find the exact widget on eBay, (and check completed listings too) you may have something rare or you may just need to refine your keywords further. Rare doesn’t mean valuable, necessarily, but it does increase the odds! You may want to do more digging if you can’t immediately identify the item on eBay.

There are groups on Facebook, boards on the internet, and various other sources where you can find collectors who may be willing to help. It doesn’t matter if you’re trying to ID a Barbie, an action figure, or a fishing lure — there’s always a group of collectors somewhere and most of the time they’re happy to help if you’re up front with them.

Do beware of the “false expert” — it seems like every group has one or two people who think they know a lot, but don’t, really. If you do have something rare and they’ve never seen it before they may be quick to declare it a fake, altered, clone, or counterfeit item — or just call it worthless. Trust your gut and verify anything you are told.

For example, I recently posted a picture of unusual early 60s Midge (Barbie family) head to a reputable group full of hundreds of collectors. One of the more prominent members immediately declared that the head had been altered because it had no freckles, it had teeth showing, and the eyes looked “wrong.” She said, with apparent confidence, that the eyes had been repainted. Nobody else said anything to refute this.

I trusted my gut that the head had not been altered — the paint looked factory, and the vinyl was simply different than any other Midge I’d ever handled. So, I hunted a bit more and found a collector site with a picture of a nearly identical head. It turns out the head I’d found was, in fact, a rather rare variation, and one many collectors had never seen.

Trust, but verify, is a good policy when identifying vintage items.

So, once you have an ID that you’re confident in, what do you do next? In my next post, I will cover determining value.

If you are looking for Mozilla's Firefox browser, please click here. We are not affiliated with Mozilla.